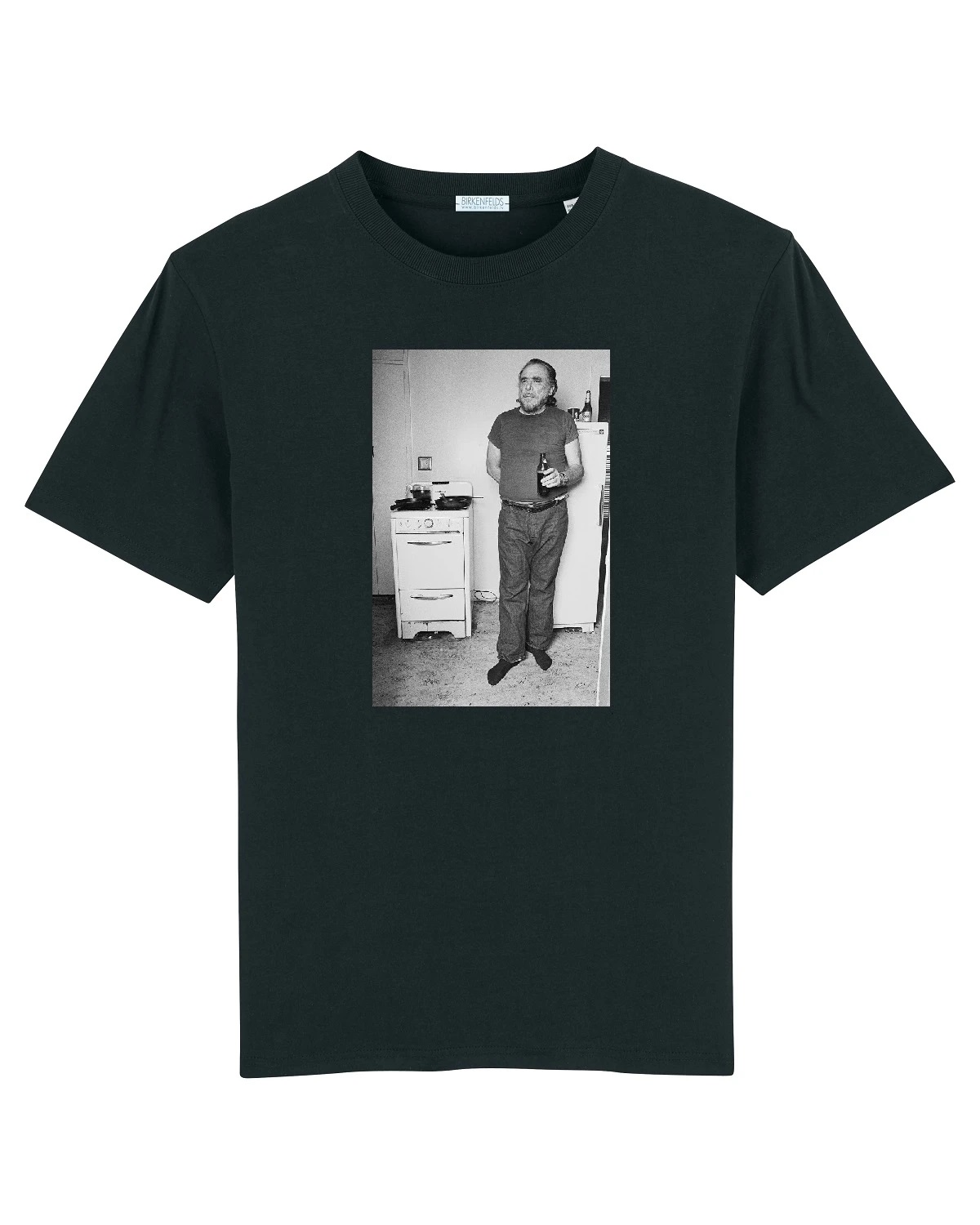 "Writer and poet, Charles Bukowski 1976, was part of my 'ice-box' project of famous people. At the time he lived poorly in East Hollywood. It was clear there wasn't much to photograph in his refrigerator, so I settled with him standing in his kitchen next to his fridge. Years later his work became very popular, mostly in live readings, translations, and paperbacks."