"A case study of a rare set of five hand-pulled silkscreen prints, known as the Arcane Series, created by David Bowie in November 1975. The exhibition offers an intriguing window into the alternative influences of the mystical and esoteric that pervaded the singer’s private and public personas of the late 1960s through the 1970s." Masterpiece Art in collaboration with Ulvis Alberts Foundation. 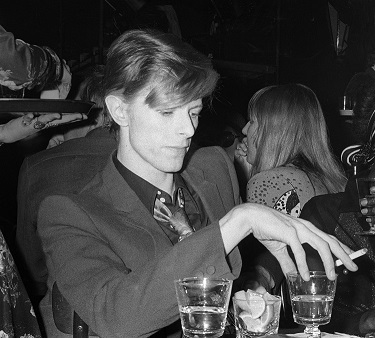 "This 1975 photograph of David Bowie was taken at a night club in West Hollywood. Our tables happened to be close together. I pondered if to take the photograph at all, because it required a flash, a big distraction for David. I took two frames, for this once in a lifetime opportunity." Ulvis Alberts 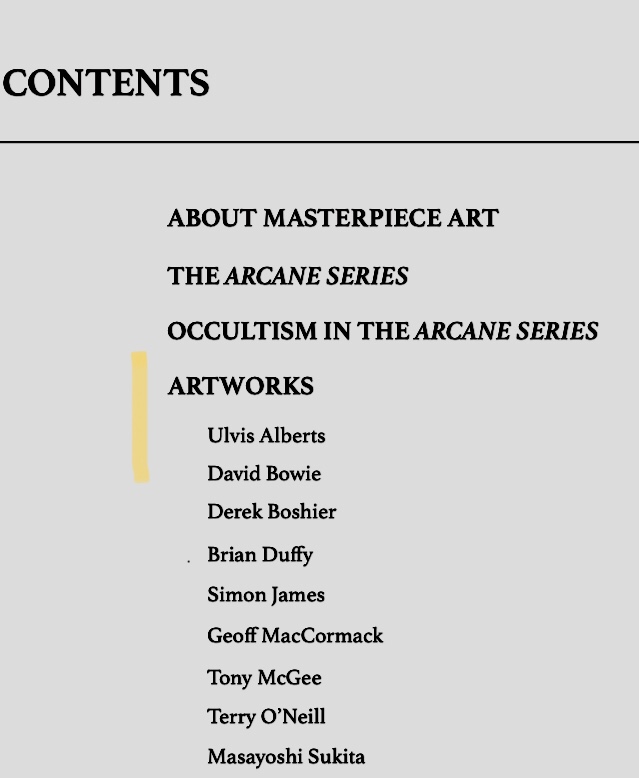 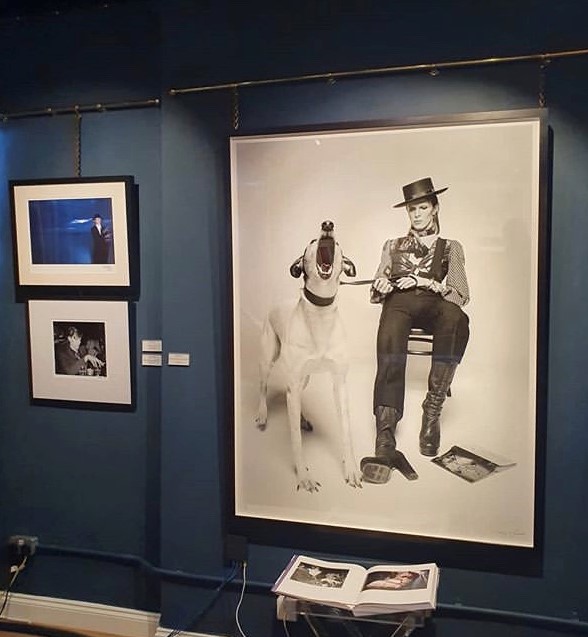